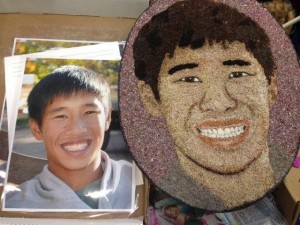 Andy Hendel continues to impact the lives of others despite his passing on Jan. 22, 2012.

Family, friends and community members gathered on a Saturday night in Cologne to celebrate the gifts left by Andy Hendel. Andy’s parents, Ann and John, as well as twin brother Josh and sister Olivia, were all grateful to those who attended the event. “It’s very nice to have the support that we have,” said John. “Cologne is an incredible community. It has always given us a lot of support.”

Ann added that the night reminded her of Andy’s impact. “For me it’s a gift from Andy,” said Ann. “It’s like a gift he’s giving us.”

In particular, as a donor through his driver’s license option, Hendel’s gifts have benefited the lives of 62 individuals. The remainder of the Hendel family are donors as well, including Olivia, who recently received her license and is also taking that step.

“Knowing that through donations he helped make somebody else’s life better, that’s what we’re celebrating,” said John. “The fact he was willing to do that when he got his driver’s license … he wanted to be a donor. Through all the tragedy we’re dealing with it’s good to just celebrate a little bit that even after he’s gone.”